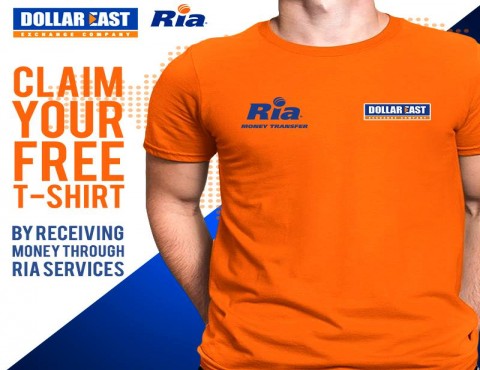 RIA Money Transfer and Dollar East has jointly launched a campaign for their valued customers. The campaign started on 18 March 2019 and continued till 10 May 2019. The core purpose of this campaign was to create awareness, reach the potential customers and promote the Home Remittances through RIA Financial Services.

In this campaign, RIA and Dollar East gave away FREE T-Shirt to all customers instantly after they received RIA payment from Dollar East.

The feedback received from the customers was over whelming, as the people appreciated this initiative by RIA and Dollar East. Within a few days, Dollar East reached to its milestone with the winning trust of customers.