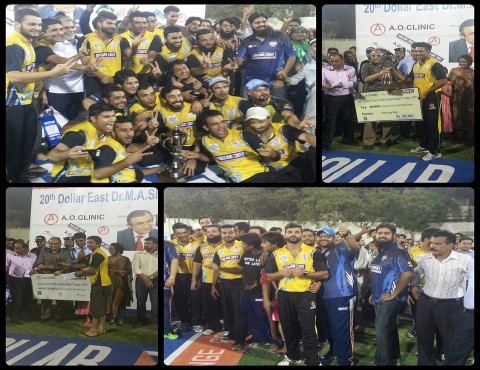 Shoaib Ahmed Siddiqui, Commissioner Karachi was chief guest of the event. He presented the winning trophy to Dollar East captain Mohammad Sami along with the cash award of worth Rs. 500,000/- He also awarded Omar Associates team with runners-up trophy and a cheque of Rs.250, 000/-.